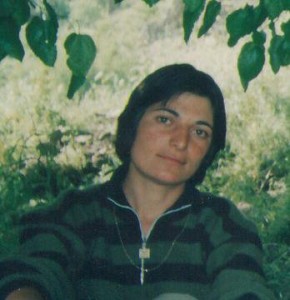 Zeynab Jalalian is a Kurdish woman in the beginning of her thirties who was arrested in May 2008 in Kermanshah for her alleged membership of an illegal Kurdish opposition party within Iran and charged with “enmity against God”.

Around January 2009, the Islamic Revolutionary Court in Iran sentenced Zeynab Jalalian to death in a trial that lasted only a few minutes. She was not allowed to communicate with her lawyer during the trial. The Supreme Court confirmed her death sentence on November 26th, 2009.

In March 2010, Ms. Jalalian was moved from the prison in Kermanshah to an unknown location that according to Amnesty International was likely to have been a detention center under the control of the Ministry of Intelligence. Jalalian was later tranferred to Section 209 of Evin Prison in Tehran. She was later moved to Kermanshah Central Prison, also known as the Diesel-Abad Prison. She is currently kept in the central prison of Khoi, a city in East Azerbaijan Province.

The beating and torture inflicted on her by prison authorities during her years in prison has caused severely deteriorated internal bleeding, infection and bowel problems. Blows to her head during interrogation reportedly caused her impaired vision; it has since worsened.

In 2014, Amnesty International reported on the declining health of Ms. Jalalian and called upon the Iranian authorities to allow her medical consultation and necessary treatment. We at Alliance for Kurdish Rights asked our readers to help take action by writing letters to Iranian authorities, highlighting Ms. Jalalian’s case and asking them to provide medical consultation. Today, 5 years later, we ask you to do it again as Iran continues to violate human rights.

CHRI writes that Ms. Jalalian is suffering from heart and gastrointestinal problems.

The prison doctor has said she has a weak heart. She’s sick. We don’t really know what the situation is. She has been in prison for 12 years. They won’t take her to a doctor [outside prison] or give her medical leave. Last year, after lots of runarounds, she was taken to a dentist outside prison. But now we’re worried about her heart. She can’t see clearly from one eye. They give her medicine, but it hasn’t helped.

All the prisoners are granted furlough when they present property deeds as security, but they haven’t done that for Zeinab. They told us to bring a deed worth a billion tomans ($237,206). It was a lot, but we brought several deeds and then they said the Intelligence Ministry will not consent.

We have composed a letter that you can use if you wish and a list of relevant individuals that you can address your letter or tweet to. Use #SaveZeynab on Twitter to raise awareness.

I am writing to you to express my concerns regarding Kurdish prisoner Zeynab Jalalian who is currently serving a life sentence in the central prison of Khoi in East Azerbaijan Province.

Ms. Jalalian is suffering from heart and gastrointestinal issues and has since her imprisonment eleven years ago not received adequate medical care. Her health will continue to deteriorate if she is not provided with medical consultation, so I call on you to allow for adequate medical assistance.

I am furthermore calling on you to review her case under transparent and just measures at a new trial as reports have described torture and prevention of legal representation during her original court trials.

I hope that you will reconsider the case of Ms. Zeynab Jalalian in lieu of Iran’s ratification of Article 7 of the International Covenant on Civil and Political Rights (ICCPR). Her mother and father are elderly and sick and their situation is only worsened by the deterioration of Ms. Jalalian’s health status.